THE STORY BEHIND LULA CELLARS: PART ONE 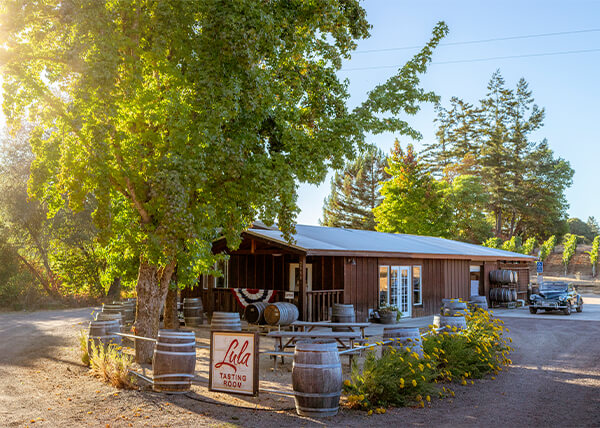 From how we got our name, our progression in winemaking, the vineyards that produce our award-winning wines, and the tales behind the wines you know and love, we’re diving into The Story Behind Lula Cellars. Join us for this special three-part series!

The Beginning of Lula Cellars 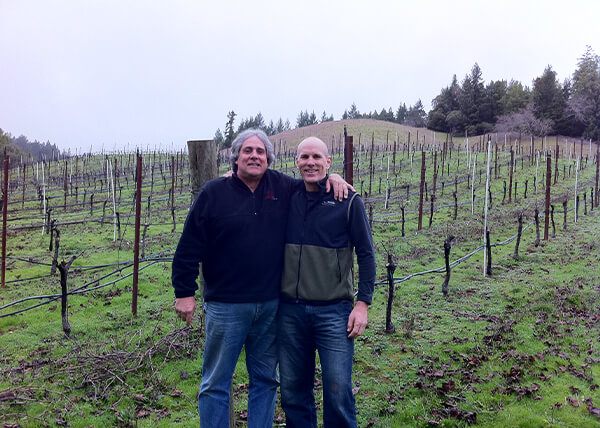 Lula Cellars was founded in January 2010 by Jeff Hansen, who brought nearly 30 years of grape growing and winemaking experience to the brand. Jeff spent most of his career winemaking in the Napa Valley, but he wanted a change, so he ventured out to the coast, landing in Mendocino.

The rustic charm and casual elegance of the California Coast led Jeff to the vibrant heart of Mendocino County’s renowned Pinot Noir region, a varietal he was passionate about.

The original concept was to make Lula a “virtual winery” by having a tasting room but purchasing grapes from various vineyards and using custom crush facilities without investing in a vineyard and winery infrastructure. In the fall of 2010, this led to the opening of the first tasting room located in The Madrones in Philo, CA.

Why the Name Lula Cellars? 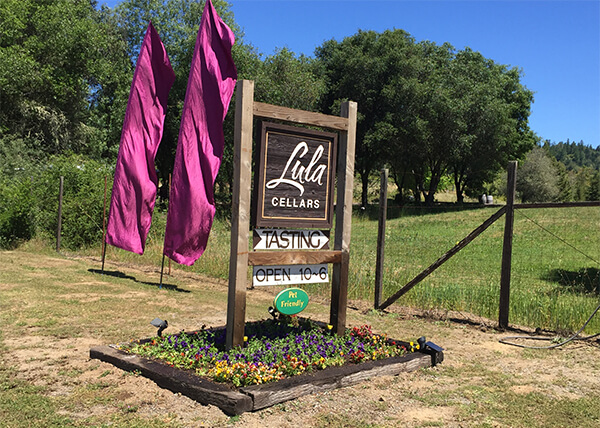 The late Jeff Hansen’s maternal grandmother’s name was Lula and she was everything to him. A single mother raising three children with a work ethic like no other, Lula was an inspiration and generous to everyone she came in contact with. Naming the winery after this noblewoman was a no brainer for Jeff.

The Purchasing of the Estate 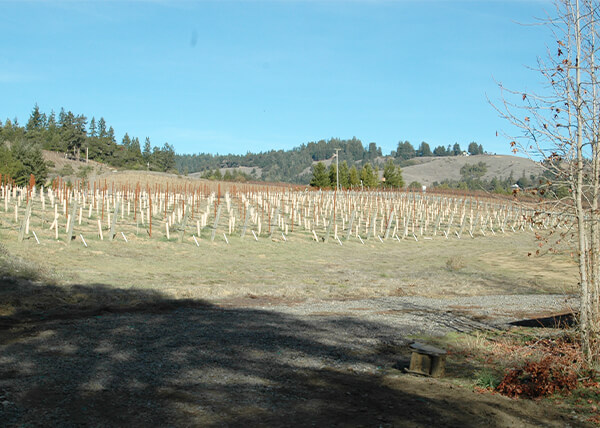 Jeff soon became aware of a property for sale in the “Deep End” that had been laid out for vineyards, but nothing had ever been planted. His goal was to find a property that would show the beauty and bounty of the Anderson Valley and showcase the award-winning wines he wanted to produce. He knew this was the perfect property for his vision, and he needed to share it with his good friend, Ken Avery. 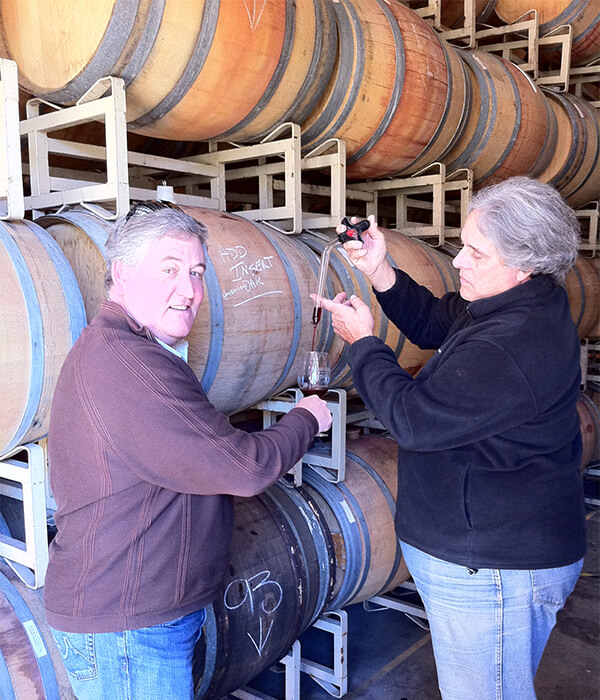 Ken Avery, now Proprietor of Lula Cellars, put himself through college by working in winery cellars and on bottling lines. He graduated from the University of California, Berkeley, with a Business degree in Finance and Accounting, bringing the business and financial expertise to the Lula brand.

Jeff and Ken went to visit the property and instantly fell in love. Neither thought they could afford it, but when you have a dream, you find a way. To their surprise, they got the property in August of 2012–and there was no turning back.

The Development of Lula’s Estate 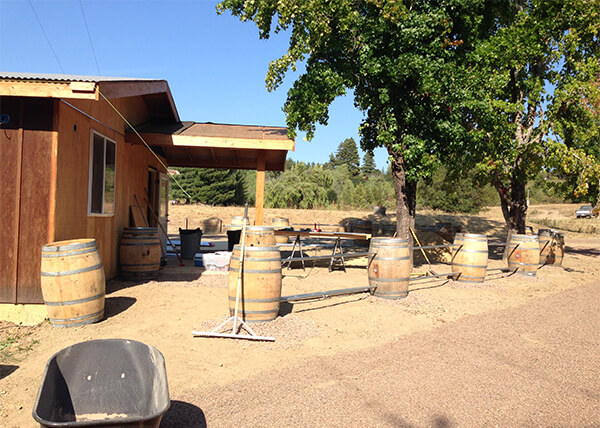 After the purchase of the estate in 2012, the tasting room temporarily moved next to Lemon’s Market while Jeff and Ken began the development of the estate they had just purchased.

Over the next five years, they planted 14 acres of Pinot Noir and one acre of Gewürztraminer, a white wine very popular with the club members. The first plot was in 2013, second in 2015, and the last plot was in 2017.

The Debut of Lula Cellars 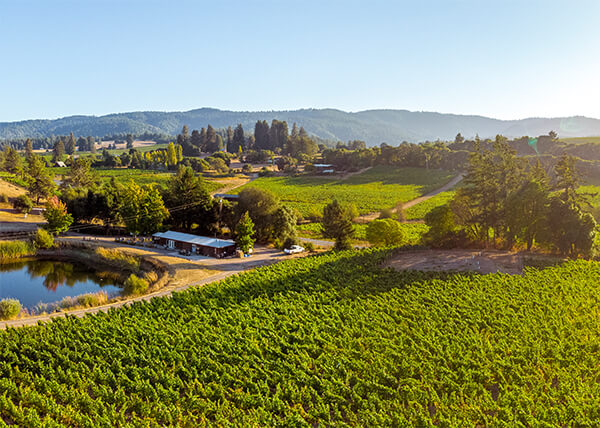 On October 1, 2014, the time had officially arrived to welcome and introduce the Lula Cellars estate to the public. Located on Hwy 128 in Philo, California, the property debuted featuring a pet-friendly tasting room, a pond, a 14-acre Pinot Noir vineyard, a small-production winemaking facility, and in 2015, a 10,000 square foot space available for weddings and other private events.

The Legacy of Jeff Hansen and the Future 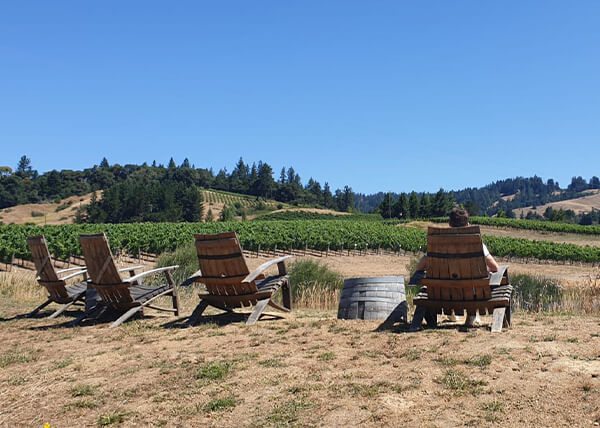 In 2017, Jeff Hansen announced his retirement and stepped down as the Winemaker of Lula Cellars. Our current Winemaker, Matt Parish, joined the Lula team in 2017. Stay tuned for part two, where you will learn all about Matt and his accomplishments!

Jeff’s down-to-earth philosophy and production of world-class wines will always be a core focus in the Lula vision. We want to ensure our wines are accessible to all wine lovers, and when you visit our estate (your four-legged friends are welcome, too!) that you have the experience we have worked so hard to create. Without the Lula community, there would be no Lula Cellars.

Thank you for your endless support and stay tuned for The Story Behind Lula Cellars: Part Two!

Lula fan Sheri G. is California sipping in the Sun

The beautiful sight of bud break has arrived in th

National Pet Day is here, and we always welcome an

We can hear the sweet sound of the weekend coming.

Join us this weekend for an outdoor tasting where

Our team wishes you a very happy Easter!⁣ ⁣ #l